Amanda Tapping directs this episode, in which Will tries to defend Magnus from the heads of the Sanctuary Network after they accuse her of committing a shocking murder.

When Magnus is charged with a shocking murder, Will goes up against the heads of the Sanctuary Network to defend her. But as the evidence stacks up against her, even Will struggles to find a way of proving Magnus's innocence. 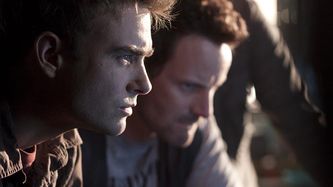 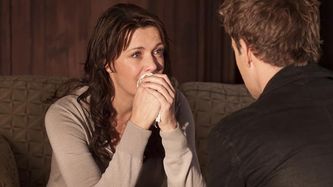 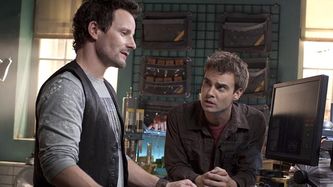 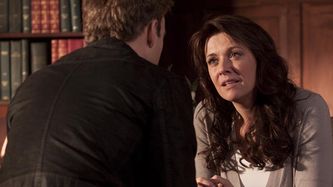 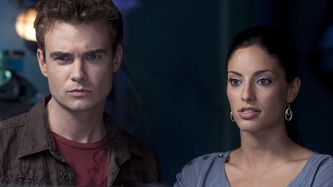 The Syfy sneak peek reveals that The Triad, the team sent to investigate Magnus, are telepaths.

“The episode we’re currently filming [early June], Veritas, which was written by Alan McCullough, is wonderful and Amanda is directing it so well. She’s an incredible director, and that’s beyond just delivering cool visuals and amazing performances. Production-wise, Amanda is bringing this story in under-budget and early, which is very difficult to do on our limited budget.

Amanda directed an ep called "Veritas" in which Magnus goes "completely off her rocker." This ep really showcases Will's loyalty to Magnus -- "when the world turns it's back on her, he can be counted on to stick with her." Damien Kindler says that they wanted to deepen Will and Helen's relationship this season (in a non-shipper way) - they didn't want the relationship to be stagnant and just about capturing monsters.
According to Robin, "there's a groundedness to the characters this year" and "Will and Magnus are more honest with each other." Will will call her out when needed and tell her things she doesn't want to hear, but needs to hear.

Say goodbye to the stoic, uptight Helen Magnus. "We want her to get that stick out of her ass!" says Amanda Tapping, who plays the enigmatic 157-year-old doctor. "Magnus has been very rigid, and for good reason--she has an overwhelming duty as the protector of the world's abnormal creatures. Next season, she will light up and let herself go a bit. She'll become much more accessible." But she'll also be suspected of murder. In an episode titled "Veritas," directed by Tapping, Magnus "seems to go completely insane, and all sighs point to her being a killer. It's up to Will (Robin Dunne) to unravel the mystery."

"Just watched a cut of 207, directed by the incredible Amanda Tapping. Is there anything this woman can't do?"

"Ryan Robbins thinks the lovely lady is an amazing director."

"Amanda Tapping rocks. She makes up for every day I have to put up with Damian and Marty."

"Amanda is on the floor directing. Cliché as it sounds she's doing a terrific job. Let the fans all start their chorus of "of course!"..."

"Somehow stupidity has a knack for getting its way. Now bed. Tomorrow we do like Howard Hughes and fly above the weather."